With sencere condolences to the Elliott family with the passing of Cecil Elliott December 29th.
Both Joy and Pat have been long time members and staunch supporters of the CAC.
Cecil Elliott just celebrated his 90th birthday on November 10th. He and Joy had been married for 64 years.
Cecil was recently admitted to the hospital and passed due to complications from pneumonia. 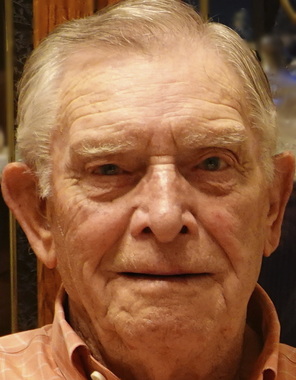 1930 Shaunavon, SK - 2020 Edmonton, AB
With heavy hearts we announce the passing of Cecil Elliott on December 29th, 2020 at the age of 90 after a short illness.
Cecil is survived by his wife of 64 years, Joy, his 3 sons Bill (Trish) Elliott of Ardrossan, Pat (Caryn) Elliott of Sherwood Park and Joel (Jacqui) Elliott of Tacoma, WA along with 7 grandchildren and 7 great-grandchildren and his one remaining brother Wilf (Jean) Elliott of Biggar, SK.

Cecil was born and raised on the family farm near Shaunavon, SK along with his 11 siblings. His teenage years were spent working on their farm, helping neighbors thrashing and working on a ranch in Montana. After a brief stint of building grain elevators, oil patch work, building irrigation canals and working on the Eastend Dam, Cecil settled into a 40-year career of Road Construction. His career with Standard Gravel, Mannix & LaFarge consisted of building streets in Edmonton & Calgary, airports (in Cranbrook, Lethbridge. Norman Wells & Dawson Creek), a pulp mill in Powell River, the Yellowhead Highway between McBride & Prince George and the Big Horn Dam.
In his 30+ years of retirement he has enjoyed time with his grandchildren, reminiscing, gardening, reading, going for long walks and watching all sports on TV.
Cecil was predeceased by his parents Robert & Ivy Elliott of Shaunavon, SK, 10 of his siblings and great-granddaughter Lily.

The family would like to thank the Grey Nuns Hospital for their compassionate care of Cecil during these difficult times. If you so wish a donation can be made in Cecil's name to the https://www.covenantfoundation.ca/one-time-gift. At Cecil's request no formal service will be held and he will make one final trip "home" to the farm